Training to be stronger and leaner doesn’t have to mean compromising explosiveness and agility. Here’s how 10-year NFL vet Steve Weatherford perfectly juggles show and go.

Article originally witten by Jeremiah Salas and posted on bodybuilding.com

But the truth for many people is far more complex. Look no further than Steve Weatherford, a former pro football player who unapologetically keeps a foot in both worlds—and has the physique to show it.

And yet, as Weatherford said in his True Muscle trainer, he wants to look the part, too. If you say you don’t, you’re probably not being honest. “I think there should be balance,” he says. “I train using kind of a hybrid routine.”

It’s not that hard for you to do the same. Here’s how Weatherford walks—or more accurately, sprints—the line between athletic and aesthetic.

DON’T BE AFRAID TO FLIP THE PROGRAMMING SCRIPT

The muscle mags and strength coaches have ingrained it in us: Train your biggest, heaviest lift first. That means bench first for a chest workout, squats first on leg day, and so on. It makes sense, right? You want to lift the most weight when you’re strong and fresh. But Steve makes a good case for saving your big lifts for later in the routine.
“Honestly, I never start with heavy work. The last thing I want to do when I get into the gym is get under a bar and squat 315 right away” he says. “I don’t like it, and I don’t feel like I get the most benefit from it, because my back, quads, and glutes aren’t ready for it.”

Don’t take this as an invitation to skip these lifts entirely, though. Instead, just turn the order around. “It’s worked well for me to start with accessory work and exhaust the muscles first,” he says. “Sure, by doing my compound lift last, I’m using probably 30 percent less weight than I’m capable of, but guess what? I’m not in the gym to impress people. I’ve found that I’ve gained more muscle and seen better strength gains by doing it this way.”

Consider yourself warned: This approach demands a deliberate shelving of your ego, but your joints and back might thank you for it in the long term.

DIVIDE YOUR SPLIT AND CONQUER

Any athlete worth his jersey knows it pays to be fast and agile, but dudes gotta squat, right? Squats release key anabolic hormones and build strength and muscle like nothing else, but squats and shuttle runs are a top-notch fat-burning method for even the most pedestrian of gym-goers. The trouble is figuring out how to fit in your sprints around your heavy leg training without compromising either.

“I do them all on different days,” Weatherford says of his diverse lower-body regimen. “On the days that I train legs heavy, I may do lower-intensity cardio that morning. The day after I train legs, I do a low- or no-impact aquatic workout to help with recovery. I follow that with a speed day, where I focus on short-duration, high-intensity work like sprints. The day after that, I do some combination of higher- and lower-intensity work. A day later, it’ll be bleacher runs, something like 50-70 steps, where I sprint up and walk down, for a total of about 10 sets.”

All this conditioning work comes with a side benefit: a year-round body-fat percentage in the single digits, usually around 5-6 percent, for the 230-pound athlete.

COMPOUND LIFTS ARE A MUST

Almost regardless of the sport, Steve says performing variations of the bench press, deadlift, and squat is crucial, because they use the most muscle, build the most strength, and carry over the best to other activities. You want sport-specific training? Fine, but don’t forget to build your base with these core lifts first. THE BIG THREE WILL GET YOU FAR, BUT ONLY IF YOU PROGRAM THEM IN A WAY THAT WORKS FOR YOU.

“No matter if it’s aesthetics or athletics, you’re never going to be able to get away from compound training,” says Steve. “You can go in and do accessory work, but you’re never going to grow from just doing that alone. Likewise, when you’re doing strength and conditioning for a sport, you’re never using just one muscle. They work synergistically. Honestly, you could become a better athlete if all you did was bench, dead, and squat. Of course you can do more, but even when you do them at the end of a workout, these are what ultimately matters the most.”

So whether you’re looking to get bigger, leaner, or more athletic, check your workout’s current ratio of compound to isolation moves. While the details will vary from athlete to athlete, you want at least half of your total sets spent on multijoint lifts.

HIT ALL THE REP RANGES

Many physique-minded athletes tend to get tunnel vision on the classic hypertrophy rep range they learned early in their career. Three sets of 8-10, anyone? Steve is a fan of these rep ranges, as well, but he doesn’t trust them to get the whole job done.

“From what I’ve noticed in my own body, when I train in the 12-20 rep range, the muscle is full but not as hard,” he says. “When I start training heavy, my fast-twitch muscle fibers are more active, I’ll be more sore, and the muscle will be denser and more formed. That doesn’t mean one is better than the other. I need both!”

When Steve was prepping for a pro football season, he did 10-12 weeks of heavy, strength-based training with most sets in the 4- to 8-rep range. Then he transitioned into a shorter phase of 4-6 weeks, where he stayed in the 6- to 12-rep range. He finished with a four-week stretch at 10-15 reps or more to condition the mass that he’d built.

These days, Steve blends elements of each phase into his weekly schedule to create gradual adaptations to his physique and conditioning levels. Utilizing multiple rep ranges throughout the week can similarly help you reap strength and muscle benefits while delaying or eliminating training plateaus.

If lifting is your only priority, you might find yourself spending most of the week nursing sore muscle bellies, stretching tight shoulders against doorjambs, and sneaking in excruciating quad stretches in the break room. Steve’s secret to keeping this to a minimum? The workout before his workout. YOU HAVE TWO CHOICES WHEN IT COMES TO MOBILITY: GRIT YOUR TEETH AND DO IT, OR REGRET IT LATER.

“The key to keeping my range of motion and flexibility is being vigilant and consistent with my warm-up,” he says. “I spend 7-8 minutes before every workout doing a dynamic warm-up, and I’ll often follow that with 7-8 minutes of static stretching. This prevents me from injuring myself while I’m training, but it also helps me gauge my flexibility on that particular day. I never had an injury in my first nine years in the league, and that’s because I’d been so consistent with my flexibility work.”

Even if you’re just training to look better, Steve says it’s still important to maintain a healthy range of motion in all of your joints. In addition to dynamic warm-ups and stretches, foam rolling and dedicated soft-tissue work can prevent the loss of mobility that sometimes accompanies long-term lifting.

LUNGE TO GET LEAN AND MEAN

Looking for a move that hits aesthetics and athletics in one fell swoop? Look no further than the lunge. It’s a movement that’s present in almost every sport, but it’s also a great test when done for high reps. Steve performs a lunge finisher twice a month to test his mettle and shore up his weaknesses.

“Every other Friday, I end my leg day with a quarter mile of bodyweight lunges or with a 25-pound vest,” he says. “It almost makes my hips, glutes and hamstrings feel bulletproof. It also conditions the muscles really well—and it’s abrutal cardio workout.”

Other movements can be similarly adapted to challenge your overall athleticism while providing a big aesthetic payout. Other examples might include completing 100 pull-ups in as few sets as possible, doing farmer carries for a mile, or flipping a tire 1-5 times every minute on the minute for 20 minutes.

If your mind immediately jumped to those other options because you don’t want to do the lunges, then the correct choice is to do the lunges. Yes, it will suck, but you’ll be a better athlete—and a better-looking one—as a result. 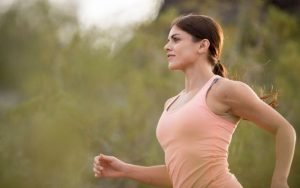 Written by: Kelli Michelle Gubrud, CPT, NASM Sports Nutrition Specialist Are you an athlete? Then you need to eat,... 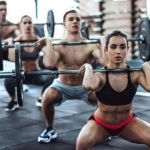 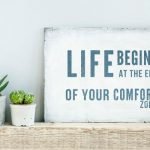 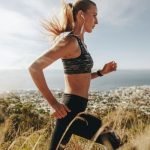